Anaerobic bacteria do not need oxygen to survive. Certain types of "anaerobes" may even react negatively when exposed to oxygen and expire upon exposure to oxygen molecules. As a result of the anti-oxygen nature of these bacteria, they are generally only found in areas of the body where tissues are poorly aerated, such as the intestines, nose, throat and mouth. What most people do not realize is that anaerobic bacteria are the primary cause of bad breath due to their ability to consume vast amounts of proteins and excrete foul-smelling volatile sulfur compounds as a result of rapidly digesting the proteins in the mouth. 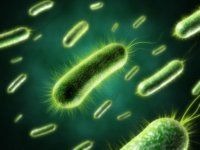 Specifically, oral anaerobic bacteria are comprised of obligate and aerotolerant microorganisms. Obligate anaerobes cannot survive in an oxygenated environment and aerotolerant organisms tolerate oxygen but do not grow when oxygen is present. While both use fermentation as a way to convert food into energy, only obligate anaerobes use anaerobic respiration to expel odorous wastes following consumption of protein-rich mouth debris.

Most bacteria that are "gram-negative" are pathogens that cause diseases due to cell walls containing LPS (lipopolysaccharide) endotoxins. Some of these diseases include salmonella, Legionnaire's disease, cholera and severe halitosis. Specifically, the gram-negative bacteria species associated with bad breath are:

All of these bacteria voraciously consume mouth debris containing proteins that, once digested, produces volatile sulfur compounds. These compounds are comprised of:

When combined, the odors generated by the release of these gases resemble rotten eggs, decaying flesh, cabbage and rancid dairy products. By living a stagnant and undisturbed existence on the tongue's surface fissures, in the back of the throat and in between teeth, anaerobic bacteria avoid oxygen and have uninterrupted access to food particles, mucus and dead tissues sloughing off the inside of the cheeks and gums. In addition, the reason why proteins cause bacteria to excrete foul-smelling, sulfuric compounds is because proteins are primarily comprised of two amino acids rich in sulfur called methionine and cysteine. Broccoli and eggs contain high amounts of methionine and cysteine, which helps explain why these two foods often cause bad breath.

Along with the mouth being inundated with anaerobic bacteria, dry mouth syndrome often exacerbates halitosis by creating an even more airless environment conducive to bacterial proliferation. The causes of dry mouth are many but the most common reasons for suffering dry mouth are:

Anytime a person has to breathe through his or her mouth due to inflamed and swelled sinus passages, it will cause saliva flow in the mouth to decrease. Saliva not only contains oxygen molecules but is a powerful antibacterial agent and assists in removing food particles from the tiny spaces between the teeth and gumline.

Sinusitis and post nasal drip also contribute to halitosis because the mucus that accumulates in the back of the throat and on the tongue's anterior is full of proteins that anaerobic bacteria love breaking down and consuming. With the digestive processes of millions of bacteria feeding on this mucus, the amount of sulfurous, smelly compounds overwhelming the mouth is enormous.

When oral pH levels are lower than 7, growth of gram-negative bacteria increases due to the high acidity of saliva. People with acid reflux often experience chronic halitosis as well as those who engage in extreme diets in which caloric intake is severely restricted. When the liver does not have enough glycogen from food to provide the body with energy, a condition known as ketosis occurs. Ketosis produces ketones that infiltrate the bloodstream and lowers the pH levels in the blood and saliva. This allows anaerobic bacteria to thrive in such dry, acidic and oxygen-less conditions.

Gram-negative bacteria are found in nearly all dental infections including abscesses, gingivitis, periodontitis, inflammation of dental pulp (pulpitis) and plaque. Dry mouth that is left untreated exacerbates the development of tooth and gum diseases which may potentially lead to a more serious illness such as tooth loss, sepsis and infections of the mandible or neck. Even when good oral hygiene practices are followed, the mouth may still experience serious health problems due to lack of optimal saliva and oxygen flow.

The Tongue and Anaerobic Bacteria

Although it is not readily visible, the tongue's surface is comprised of tiny fissures and taste buds that provide excellent hideaways for bacteria in which they can feed on proteins and rapidly reproduce without being disturbed. Most anaerobic bacteria associated with halitosis accumulate on the back of the tongue where conditions remain unclean and dry. This continuous development of bacteria forms a coating fed by a dependable supply of food particles, mucus and sloughed epithelial cells. That grayish-white fuzz commonly seen on the tongue in the morning and in dry mouths is actually a bacterial "mat" exuding bad breath fumes as it digests proteins.

What Can be Done to Eliminate Oral Anaerobic Bacteria and Halitosis? 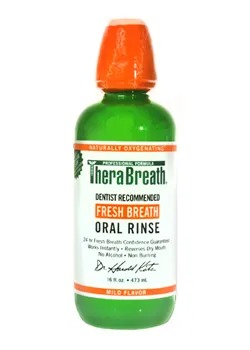 OXYD-8 is a powerful compound that kills anaerobic bacteria by providing generous amounts of oxygen to the mouth in addition to increasing the flow of saliva. Because bacteria are unable to live in a mouth cleaned with TheraBreath products, sulfuric gases can no longer be produced, effectively ending dry mouth and bad breath forever.