SUMMARY: Discover the tales of our forefathers' ivory dentures, toothless grins and botched dental operations. Washington, Jefferson and Lincoln all make the list. 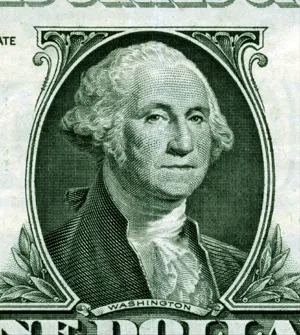 In light of George Washington's birthday, more commonly known as Presidents' Day, we thought we'd pay tribute to the smiles of our nation's early leaders. With more than 250 years of history, there are certainly some fascinating tales about our forefathers' ivory dentures, toothless grins and botched dental operations. Check out a glimpse at the flashy whites, or lack thereof, of three U.S. presidents:

George Washington: As the first president of the U.S., Washington had quite the rickety grin. By middle age, Washington had no teeth left. However, he did wear several sets of dentures, which were made from materials such as seahorse ivory, hippopotamus ivory and lead. Other pairs even used the teeth of pigs, elks, cows and humans - sounds like a breeding ground for stinky anaerobic bacteria. Oftentimes, these ill-fitting dentures distorted his lips, giving him a rather dour look during his portraits. In the Peale portrait of 1776, Washington has a long scar along his left cheek that was the result of an incision to treat an abscessed tooth. If you want to catch a glimpse at these old-school chompers, the University of Maryland Dental Museum in Baltimore has a set on display.

Thomas Jefferson: Jefferson was on the opposite side of the coin, figuratively speaking. The third president of the U.S. boasted a full natural smile for the length of his life - although at age 65, a decayed tooth was believed to have led to a severe jaw infection. In spite of this, when Jefferson was well into his older years, he wrote, "I have not yet lost a tooth to age. He lived to 83 with all of his teeth in the 1800s. Talk about good dental genes.

Abraham Lincoln: Though renowned for his resolve and fearlessness of progress, Lincoln had terrible dental anxiety. That's because in 1841, a dentist broke off part of Lincoln's jaw bone while pulling a tooth. Worse yet, the president had no anesthesia?.

"I am literally 'subsisting on savoury remembrances' - that is, being unable to eat, I am living upon the remembrance of the delicious dishes of peaches and cream we used to have at your house," Lincoln wrote in a letter to Mary Speed, dated Sept. 27, 1841.

One score and one year later, Lincoln developed a severe tooth ache. Much like today, the pain and bad breath were telltale signs. He consulted a dentist named G.S. Wolf, who had an office by the White House. As Wolf got ready to yank the tooth, Lincoln asked him to wait, and reportedly took a bottle of chloroform from his pocket, inhaled it and sleepily gave the sign to begin. All in all, Lincoln only visited the dentist four times in his life, according to an article published in a 1975 issue of the Gettysburg Times.

Though Presidents' Day has passed, we can be grateful for not only what they gave this country, but also how far dentistry has progressed since their times. Between the animal dentures and rotting teeth, it's hard not to imagine the bad breath and anaerobic bacteria build-up that went on back then!