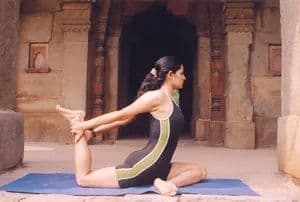 It's all the rage in some circles, due in part to health claims made by its manufacturers: It's called kombucha, and as far as bad-breath-causing beverages go, it's on top of the heap. If you've never heard of it, that's fine. Just remember that if you're going to try kombucha, you may want to have a specialty whitening toothpaste at hand, since this tea-like drink is going to stain your teeth and stink up your breath.

It's all in the yeast

New York Magazine (NY Mag) called it "a stinky drink for Hollywood yogis," which pretty much sums up this pungent potable. Kombucha is an alternative health beverage made by fermenting yeast and bacteria in tea. What results is a dark, cloudy, odorific drink that'll practically knock your nose out of commission.

Over the past decade, kombucha's supposed health benefits have been overhyped again and again. The list is so long and foundationless that there's no point in reproducing it here. While some people swear by the apparent benefits of swilling fermented tea, health experts say that there's no evidence that kombucha does anything positive.

The Mayo Clinic notes that, on the contrary, all scientific health reports indicate that drinking kombucha can have adverse health effects, including upset stomach, allergic reactions, infections and even (if the tea is fermented in ceramic containers) a risk of lead poisoning. The problem, evidently, is that much kombucha is made without any health regulations at all.

Of course, kombucha can cause two other unpleasant side effects - namely, bad breath and stained teeth.

According to the NY Mag, kombucha "smells a bit like compost," a description that most news sources seem to agree on. And given that this beverage is a mixture of tea, yeast and bacteria, it's clear that kombucha can do a number on your teeth and breath. Not only can it make your mouth smell like a compost heap, but it may lead to deep, abiding tooth staining to boot.

So, if you're going to risk drinking kombucha (which most physicians don't recommend), then we suggest that, at the very least, you keep a specialty whitening toothpaste handy at all times. That way, you can neutralize the odor compounds and scrub away the stains before they set.