The Science of Bad Breath 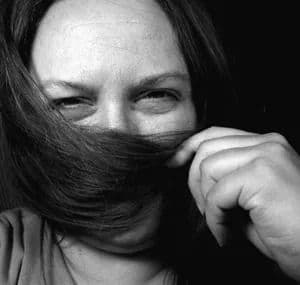 We may be able to smell sickness based on the odors our bodies emit, new research from Sweden suggests. The study was published in the Jan. 22 issue of the journal Psychological Science.

In the study, led by scientists from the Karolinska Instituet, eight healthy participants were injected with either lipopolysccharide, which is a bacterial toxin that produces a strong immune response, or salt water, not expected to have any effect. After the individuals had worked up a sweat four hours later, the t-shirts of the subjects were collected, the armpits cut out and the fabric placed into bottles.

Then, 40 university students smelled the samples, and ranked the intensity, level of pleasantness and perceived "health" of the odor.

The results indicated that people who were injected with the toxin emitted a more intense and unpleasant stench than those of the saline group. Following, the shirts were considered more "unhealthy," though researchers noted it's possible the raters were using intensity and pleasantness of the odors to gauge health.

"Taken together, these results strongly support that humans emit a chemical cue during a generalized sickness response that can be perceived by others," the researchers told LiveScience.

Although it was a small study, the results are poignant and relevant. After all, the armpits aren't the only part of the body that excrete worse smells when sick.

Bad breath is a known side effect of catching a cold, often induced by a combination of post-nasal drip and cough. In this case, the body tries to expel the bacteria or viruses in the form of mucus. The thickened mucus, which normally runs out the front of the nose, begins to drip down the back of the throat, triggering halitosis in the mouth.

To keep the raunchy breath at bay, be sure to drink at least 10 cups of water a day, brush your teeth twice a day - and after meals if necessary - scrape the back of your tongue and rinse with specialty breath freshening products.