Chewing Tobacco Can Cause Bad Breath, And Worse 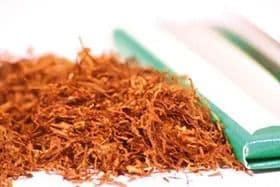 Using smokeless tobacco - also known as chewing tobacco, plugs or dip - can lead to a range of health conditions, starting at halitosis and ending with much worse. A pair of U.S. senators recently requested that Major League Baseball (MLB) ban the use of smokeless tobacco among its players, according to MSNBC.

"We now know conclusively that smokeless tobacco endangers the health of baseball players who use it, but it also affects millions of young people who watch baseball," the pair stated in a letter quoted by the news source.

Chewing tobacco causes several stages of bad breath. The first is simply the smell of tobacco particles mixing with saliva and bits of food, causing an odor that is then exhaled into the air. This aroma can be quite powerful, particularly after a plug has been used up and the mouth begins to dry.

It is then that oral microbes begin breaking down the tobacco remnants in the mouth and giving off a foul smell.

Longer term use of smokeless tobacco can lead to more serious health conditions, including gingivitis, tooth decay and even oral cancers, the Canters for Disease Control and Prevention warns. All of these afflictions can cause oral odor.

To cleanse the mouth of unwanted odor, individuals with any type of bad breath may try gargling with a specialty breath freshener.