What's The Deal With Mouth Rinse With Hydrogen Peroxide? 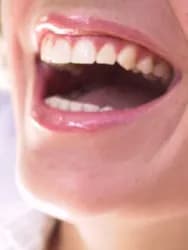 Hydrogen peroxide is one of those items that almost everyone has in their medicine cabinet, and it can actually be a great solution for many things. Whether you have a cut on your hand, need to whiten your clothes or want to wipe down mirrors without streaks, hydrogen peroxide can get the job done. It also has many benefits for your mouth, and it is widely, safely and effectively used in dental practices today. Most notably, the solution is used as a home remedy for teeth whitening.

A recent article published in Registered Dental Hygienist reported that the product can be used to treat unsightly gums. In 1913, dentists started using hydrogen peroxide to decrease the amount of dental plaque on teeth and to control unsightly gums, and it can still be used today. Hydrogen peroxide releases oxygen, which is a powerful antimicrobial action. If hydrogen peroxide can be held in place along the gum line and within the periodontal pockets that appear in those with unsightly gums, it can penetrate the slime matrix that protects biofilm and then removes bacterial cell walls; however, it needs as least 10 minutes to do so.

The study followed four patients who were suffering from different stages of periodontal disease, and each were given doses of hydrogen peroxide for at least 10 minutes. Depending on the clinical level of each patient's illness, the time frame of the dosage was increased. Patients received 10-minute dosages either two times a day, or four times a day for five weeks, or 15-minute dosages six times a day for two weeks. After using the solution for the designated amount of time, all four patients had no bleeding when dentists probed the gums as well as no or less bacterial sites.

While hydrogen peroxide does not have the same powers as antiseptics, it works to clear away debris through oxidation, which is why it is very effective for getting rid of dental plaque. Additionally, this may mean that hydrogen peroxide can be used as a tool against bad breath because it prevents bacteria buildup in the mouth if used on a regular basis.

Hydrogen peroxide is a common agent in any tooth whitener bought in the store or used in a dentist office, but some concerns have come up regarding its safety. Regular cleaning of the mouth with the agent is generally not harmful to the teeth, but it has been known to cause sensitivity in some people. This is one reason why it is important to stick with a low percentage of the solution – 3 percent varieties are typically sold in stores and safe to use. However, some people have reported using a mixture of baking soda and hydrogen peroxide for teeth whitening, which can be harsh. The abrasive texture of the baking soda can scrape away the enamel, making teeth extra sensitive.

If you are planning to use hydrogen peroxide for teeth whitening, make sure to not add baking soda. Lightly brushing the teeth with hydrogen peroxide or swishing it around the mouth is a great home remedy for bad breath. As previously stated, it rids the mouth of bacteria that cause bad breath. In order to keep the mouth fresh and clean, you can add this to your regular oral hygiene routine of brushing, rinsing and flossing. It is also important to note that hydrogen peroxide should not be ingested, and it can have toxic side effects, although not significant.

* These statements have not been evaluated by the Food and Drug Administration. This product is not intended to diagnose, treat, cure, or prevent any disease. Please Note: The material on this site is provided for informational purposes only. Always consult your health care professional before beginning any new therapy.